International Data Group data indicates that 69% of firms currently employ cloud computing, and 18% have future plans to do so. Still, some business executives are cautious to use cloud computing. If you’re one of them, now is the ideal time to join the cloud computing bandwagon. Otherwise, you’ll pass up a lot of chances.

Cloud Computing – What Is It?

Cloud computing is simply the process of storing data and using computing services through the internet. Several instances of cloud computing are given below:

You can use a variety of cloud computing services from each cloud service provider on a pay-as-you-go basis, such as Google Cloud Platform from Google and AWS from Amazon. All the environments and tools required for successful cloud operations are included in these suites.

What Cloud Computing Has to Offer?

The attributes of cloud computing are as follows:

Most firms are switching to cloud computing due to its numerous advantages. These are a few of the advantages:

Do you worry about the upfront costs associated with establishing a cloud-based server? You shouldn’t because the investment’s return outweighs any drawbacks. Using the cloud gives high ROI in the following ways:

All of these elements working together can minimize expenses and increase results.

Network and data breaches are less likely with traditional internal computing. However, it also increases the likelihood of human error. Additionally, because the data is kept in a single location, it may be permanently lost in the event of a natural disaster or identity theft. In cloud computing, the data is dispersed among numerous servers in various places. It goes through rigorous updates and is shielded by a number of security measures. Additionally, to avoid problems, cloud computing services offer round-the-clock monitoring.

For a company’s servers to function effectively, updates and maintenance must be performed often. Being accessible at all times is however impractical in traditional computers since workers require time off on holidays, sick days, or other reasons. Teams working with cloud computing have resources available all the time. Additionally, the data is maintained by numerous systems. As a result, there is virtually no danger of downtime.

The local servers handle data more quickly. However, these servers will crash the instant you use more storage or bandwidth than necessary to do the work. However, in cloud computing, issues with speed and bandwidth are uncommon. Modern technology is available here, and you have the bandwidth you need to run your business. Servers used in cloud computing are elastic and scalable. Your servers, storage, and bandwidth may all be upgraded. It is useful for enterprises with varying needs or those that are rapidly expanding. They don’t need to invest a lot of money to maintain their operations.

Racking and restacking is frequently necessary for on-site computing. You spend too much time and energy on things like hardware configuration and software patches. Additionally, it causes a significant drop in productivity. These chores are no longer necessary thanks to cloud computing, which allows your IT team to focus their time and energy on important jobs and procedures. You can increase your productivity in this way.

Many firms worry about sensitive data, and it’s hard to fathom what can occur if important data falls into the wrong hands. Even if you believe the data is secure in your own servers, you should be aware that it might still cause harm if it were in the hands of an inexperienced employee.

In a burgeoning industry, cloud computing provides compelling advantages and limitless prospects. Yet, there are difficulties you should be aware of before starting your cloud migration trip.

The following are some difficulties you could run into when using cloud computing:

You should move your company to the cloud because of the compelling advantages and remarkable statistics. But jumping on the cloud computing bandwagon without first weighing its benefits and drawbacks is also a bad idea. This blog, hopefully, gave you some much-needed advice about cloud computing. Nevertheless, feel free to provide any further information you may require in the comments. I would be delighted to assist. 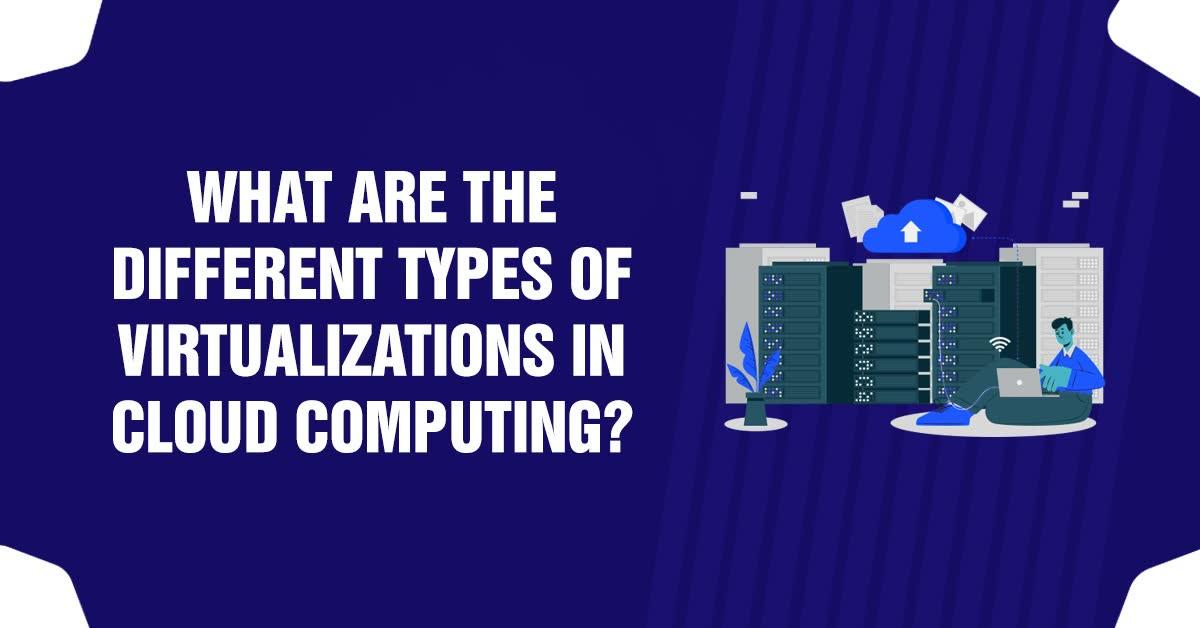 Types Of Virtualizations In Cloud Computing

Desktop virtualization ensures the security of the data and protects any form of data that might transfer through secure protocols. It has some well-known benefits including easy portability, and mobility, and can be efficiently managed. They can also be updated easily.

Everything has its own pros and cons. Likewise, virtualization also has a few drawbacks. They are:

Though there are a few drawbacks of virtualization, the overall efficiency of virtualization makes it a great concept. Make sure the service providers have all the essential tools that will be needed to manage and maintain the virtual environment, before making a purchase.

What is cloud computing?

Cloud computing is the facility for providing an on-demand computer system based on availability. The data storage availability is another feature of cloud computing as it does not allow the user to directly manage it. The term is usually used to elaborate over the matters which are concerned with the data centers which provide information to various users all over the world. The predominant type of cloud of today is the large cloud which has the functions spread over the various locations from the central servers. The functions which are distributed on multiple scales are managed by the system of the large clouds. The connection to the user is comparatively closer than most cases and in these cases, they are known as the edge server systems.

Cloud computing is reliably on the point of the available resources which helps to achieve the correctness, coherence of the scale. The economies of scale are also judged by the reliability of cloud computing.

It is the component of cloud computing where you can use the storage. It is the one which we usually operate with the aid of physical methods such as using the remote site. This feature is also known as the disk space. There are other components on the cloud but this is the main component as they are dependent as a Storage service.

This is the live database component of the cloud. It had the functionality which works through the physical features in the local machine. The main objective of this particular component is to reduce the cost of the dB by the usage of the software as well as hardware in the making.

This is a process that helps in the combination of the various data and services present in the cloud. The process happens with the hating of the same or the equivalent cloud-computing resource. The remote information can also be compiled in this case. This is a feature mainly used for the purpose of the business. In businesses, the key method is to collect information and form process. The entire procedure helps in the delivery in demand. The mobile network services are part of this. The key services of this particular section are used from the component of cloud computing.

The component named above is also known as the SAAS which is basically the entire model made for the use of the clients. This is a feature mainly made to serve the users on the internet. These users, mostly use the browsers to search for information. The internet facility is thus provided to the end-users. The front line users do not usually get the benefit of this component. The front end users must develop this component for the use of the end-users. The ultimate measures are taken by the  Salesforce, Gmail, Google calendar and so on.

This is the component of the app where the app is basically created, stored and undergoes testing. The implementation of the app also occurs here. The component level is the one that allows for the creation of the level of Enterprise and this application. This makes the cloud cost-effective.

This component is around the notion of building an application that can be incorporated with the other applicants. The medicating process within the exercise and local machines are also Carried out by this. The stacks from the kids are usually brought into and the local machines communicate with it. Google maps are an example of this feature.

As far as customers are concerned, this is the most important component as they are ones who need security. The operations are handled delicately here and the security features are almost three dimensional in nature.

This component of the cloud helps in resource utilization, virtualization and server up and downtime management.

This is the role model feature of the cloud which makes it a type of small model admin if the app.

Testing-as-a-Service: Testing-as-a-Service refers to the testing of the applications that are hosted remotely, whether there is a requirement to design a working database and there is enough security for the applications and so on. This will be tested even with two or three cross clouds. This will also be a component in the development of cloud products.

This is the entire infrastructure of the app built. The processing and the purchasing of them all and it’s resources occur in this component. The processes occur right in front of us but often we cannot see what happens at the back of the screen when it works. This has several back features as well.

The special publication includes the 5 characteristics which are present:

The online control panel enables a user or a consumer to utilize on-demand self-service which is a type of cloud service in cloud computing. Unilateral allowance on working facilities like computer networking provides service to the user. The services can be utilized whenever needed by the consumer as per their requirements.

This is basically available in a private cloud network. The various cloud computing services are available and can be accessed through the means of a wide range of devices like tablets, PCs, Macs, and smartphones.  Resources are made available to all and it is possible that it can be accessed through the means of standard mechanisms. The standard mechanisms often use by various different clients as has been mentioned before.

The provider’s computer sources undergo pooled and multiple consumers are served using a multi-tenant model. The consumer demand determines the multi-tenant model which are various in nature and programmed according to the basics of the user’s requirements. There exists partial location independence in which the exact location cannot be controlled or understood by the consumer which is available by the provided resources although consumers can specify the location of the work done such as country or state.