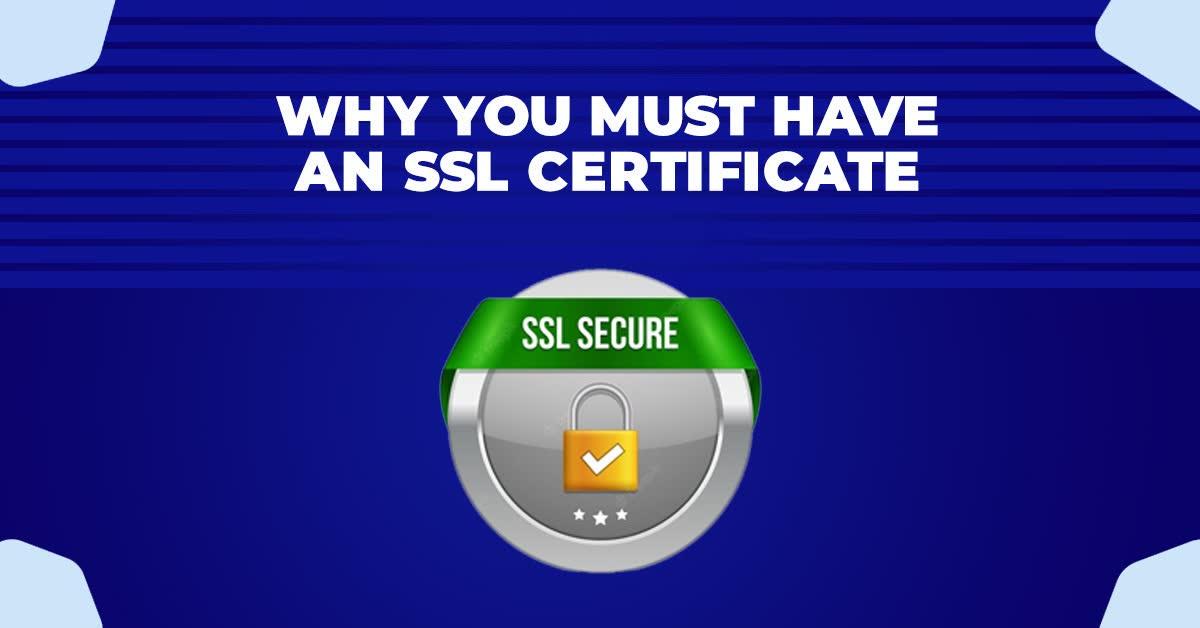 We use the internet for everything these days, from sending crucial information over the world to purchasing and selling goods and services. With the rise in the usage of the internet, cybersecurity has become a serious concern. The reality is that there are dangerous cyber-crooks who look for chances anywhere and everywhere to get their hands on your data. Fortunately, there are numerous ways to protect oneself online. If you have a website, you should use an SSL (Secure Sockets Layer) certificate to protect it.

If you have a website, even if it’s a simple one, you’re probably wondering if you need an SSL certificate. With all of your other expenses building up, you could be tempted to forego one more bill. You may have also heard a lot about SSL certificates. However, what exactly is the big deal about these certificates, and do you need one for your website?

A Glance At SSL Certificate

An SSL certificate or a TLS certificate is a kind of digital file that secures and authenticates your website. It ties your company’s cryptographic key with the brand, ensuring that anyone else can not use it. It’s an important part of establishing a protected website, and it’s what causes the protected padlock to appear in the URL bar. It’s also what causes the “HTTPS” to emerge at the start of the URL. An SSL Certificate establishes an encrypted connection between your website server and a visitor’s browser after it is installed.

HTTPS is a secure protocol, While HTTP is not. Anyone with a basic understanding of things would know that it is much preferable to use a secure form of mechanism to share private and sensitive data than to use an insecure one.

If an insecure HTTP protocol is employed by users to create a link to websites that do not have SSL/ TLS certificates, then the data is sent across untrustworthy connections. That private information is moving around on the internet for hackers to steal and manipulate and then later exploit. The advantage of utilizing connections with sites that possess SSL/ TLS certificates is that cybercriminals are not able to access your data since it is encrypted. Encrypted data cannot be intercepted by anyone.

In its most basic form, the SSL certificate allows you to encrypt data that travels between your customers’ clients as well as your server. SSL achieves this by permitting your server to authenticate itself to customers.

Technically, this certificate provides your web server with data and instructions which can be utilized to create safe interactions with users. Previously, all these were accomplished using the SSL (Secure Sockets Layer)  protocol. But now, the TLS protocol (also known as the transport layer security) is the preferred secure protocol. As a result, we previously said that these are TLS certificates.

What Is The Need For An SSL Certificate?

It was announced in late 2014 by Google that security would be a ranking consideration. When you have an SSL certificate installed on your site, it gives you a slight growth in Google ranking. Google Chrome began labeling websites that gather login and payment card details as insecure in 2017.

The latest development, which occurred in July 2018, had an impact on everyone. That’s when Chrome began labeling any site without an SSL certification as ‘Not a Secure website.’ Regardless of whether data collection takes place by a website or not, Google is hinting that secure websites will become the norm.

New rollouts are expected to happen all through 2018, and Chrome will no longer label secure websites with a green colour padlock. Rather, SSL-secured websites will display black lettering without any padlock. This would hint at the normality of SSL in the industry. As opposed to this, websites that do not have SSL certificates would be marked with a red warning signifying that it is not secure.

Risks Of Not Having An SSL Certificate

There has been a massive surge in the complaints reported about cybercrime all over the world. This, of course, emphasizes the significance of data protection and security. SSL/TLS certificates are merely one of many important cogs in the complicated data security mechanism. Failing to get an SSL certificate makes your website and your users vulnerable to various threats.

If your website does not possess one, it will be flagged by Google as insecure. Websites in the hold of SSL certificates are provided a greater preference by Google. This would subsequently spell bad news for your business. Your rival companies with SSL certificates would be able to top you in Google’s ratings, even if you had made more efforts.

Apart from this, there are other consequences of not possessing an SSL certificate.

While customers believe they are getting more security-aware, fraudsters are adapting and coming up with new ways to deceive them. These evil guys are finding more and more novel tricks that would help them in defrauding people and businesses and causing general havoc. An SSL certificate not only helps you earn your client’s trust but also protects their data against man-in-the-middle (MitM) attacks.

An SLS certificate is not a necessary prerequisite for opening up your website. However, if you fail to acquire one, the chances of your company achieving success are substantially reduced. Since most search engines would not trust you either, you would have a hard time establishing an online presence. How Does A Hybrid Cloud Be Capable To Eliminate Security Threats?