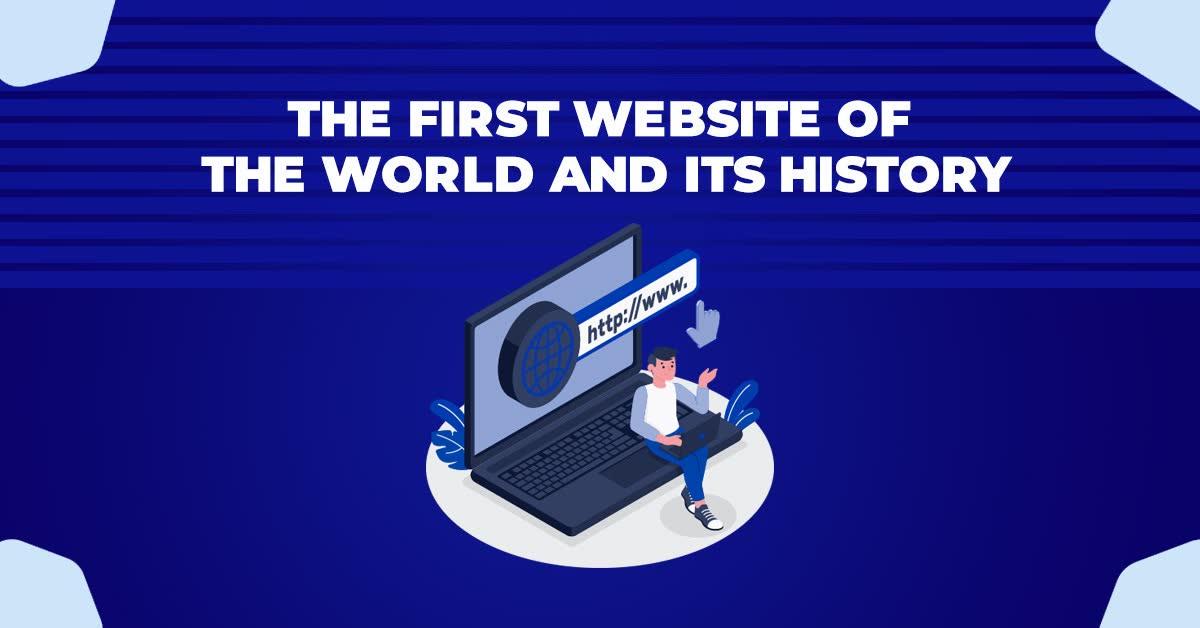 At this point in our lives, the internet seems like an element that is deeply ingrained in our collective daily routines. It is almost as if it has always been a part of our lives. No doubt, the dependence on this source of information has become even more natural in the world after the COVID-19 pandemic. Almost every aspect of our lives today is somehow related to this powerful tool in some way or the other. It feels bizarre to imagine an economy where this isn’t utilized on a daily basis, which is why it is almost weird to acknowledge the fact that the first website on the internet was created in 1991!

Ever since its creation, the World Wide Web has known no bounds and it has only grown forward. This is only proved by the fact that there are approximately 1.9 billion websites on the internet right now. The first website led to major developments in the world of the internet.

The address of the first website on the World Wide Web was info.cern.ch. It was a simple page containing elementary information about the World Wide Web project. August 6, 1991, was the day that the website was launched. In the next three decades, more and more sites flooded the internet. The World Wide Web was a result of the collaboration among the various governments of Europe working together for the European Organization for Nuclear Research (CERN).

The webpage of the first website now displays a self-description as the first website. However, if you were to open the same page in 1991, it would open up a vintage domain. CERN has also uploaded a more updated version of the website in a format that modern users would find easier to follow. The website contained information explaining the way that hyperlinks could be put into use and be connected to a certain type of content. It also gave the resources which would better explain how HTTP, HTML, and URLs functioned.

How It Was Created?

Tim Berners-Lee was a British computer scientist at CERN who was leading The World Wide Web project. CERN was a community of scientists from over 100 countries. The scientists are required to spend some of their time on the CERN site but they mostly carry out their activities at the universities and laboratories which were present in their native lands. This distance calls for fools of communication that are reliable. The aim for Berners-Lee was to create a pathway through which one can dispense information to different locations simultaneously.

The first web page laid down the instructions guiding how to use the World Wide Web. Through this, people could learn hypertext or the way to build their web pages successfully. For Berners-Lee, the motivation behind this innovation was the desire to make life a little bit earlier for everyone, which he did. It was in 1989 that he made the suggestion for an invention that would function as an information management system. He did this in front of his managers at CERN. The system would work on the basis of such a process that would link the data on different computers, on the condition that they are all connected to the internet. While they appreciated the idea, the managers surprisingly rejected his proposal. However, Berners-Lee worked harder than ever for a complete year, after which he approached the managers again with a new and significantly better idea. This was formalized as a proposal in November 1990 with the help of Belgian systems engineer, Robert Cailliau.

This proposal defined the most basic concepts for the idea and how viewers could use “browsers” to view “hypertext documents”. The managers were then impressed and granted him the permission to not only work on this project but lead it as well. The whole team worked extremely hard to execute the idea fruitfully. During this period, Berners-Lee had managed to start the development of HTML (HyperText Markup Language), HTTP (Hypertext Transfer Protocol) as well as URL (Uniform Resource Locators). Finally, in 1991, the site was complete and ready to be launched. Berners-Lee had developed the code for his server on his NeXT computer, which he had labeled as a server in red ink so that no one would ever switch it off. It has been 3 decades since then, and all of these innovations are more relevant than ever.

While the web was initially being developed for intellectuals in institutes and universities to share their ideas, it later became a common man’s handy tool. CERN released the World Wide Web software to the public on 30 April 1993. This helped to increase its use and hence, its success. The World Wide Web originated from a single website and it has not looked back since then. The number of web pages in this 3-decade period has increased exponentially. Google was launched in 1996.

What would be interesting to know is that the world’s first website was lost for a while there. A lot of first sites were not archived by computer scientists. However, in 2013, there was a project at CERN which aimed to restore the very first website and it was successful in doing so.

The algorithm of the World Wide Web provided access to information and certain pages linked to data that was relevant for scientists from CERN. In the early years, since search engines did not exist, you had to rely on keywords for searching.

The first web page was, therefore, a huge step towards the development of not only the internet but for the development of humans and their future as well. It showed the importance of initiative and hard work, which led to an amazing creation that proves helpful and relevant for millions of people throughout the world. August 6, 1991, was an important milestone in the history of the internet due to the launch of this site. Domain Security And How To Maintain It A Beginners Guide To Domain Names